Please let your guys know that if you don't make any changes you do not have to do anything.
Wayne
OP&F retirees and active Police and Fire members of Ohio. 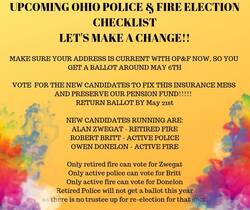 From Bob Uful:
Somehow, we need to make sure the active members realize this the same board that:
1. Reduced the healthcare contributions to 5% without telling the members in advance.
2. Raised the retirement age to 52.
3. Eliminated the COLA for those under 55.
4. Changed the DROP program to detriment of members.
5. Chose a healthcare plan that virtually eliminates insurance for those who are pre-65.
6. Lost over 1 billion dollars in the pension fund last year.
7. Spent more money on travel for trustees than any other state retirement system.
8. Consistently stonewall and refuses to share information/records with members.
9. Willfully and illegally withholds public documents from members.
10. Is generally non-responsive to member inquiries regarding board actions.
11. Willfully and consistently violates open meetings act/public records laws with respect to member requests/inquiries.
12. Does not livestream or make videotape of meetings available, and illegally prevents members from doing so, thereby depriving retirees who are unable to attend the meeting the ability to be informed.
13. Consistently respond with sarcasm, anger and implicit threats when members question or disagree with board actions.
14. Have repeatedly made contradictory statements and outright lied to members on multiple occassions regarding healthcare transition.

​Changes proposed for 2020 retiree health care
OHIO POLICE AND FIRE PENSION FUND·FRIDAY, MARCH 1, 2019
The OP&F Board of Trustees announced several changes that will be discussed for the retiree health care plan in 2020. The proposed changes are based on the experience of transitioning retirees from the previous self-insured group plan that ended on Dec. 31, 2018 and feedback from members. At this time, these are only proposals that will be discussed.
Proposals for the 2020 plan year include:OP&F will work with its partners and affiliate groups on other health care-related efforts throughout 2019: 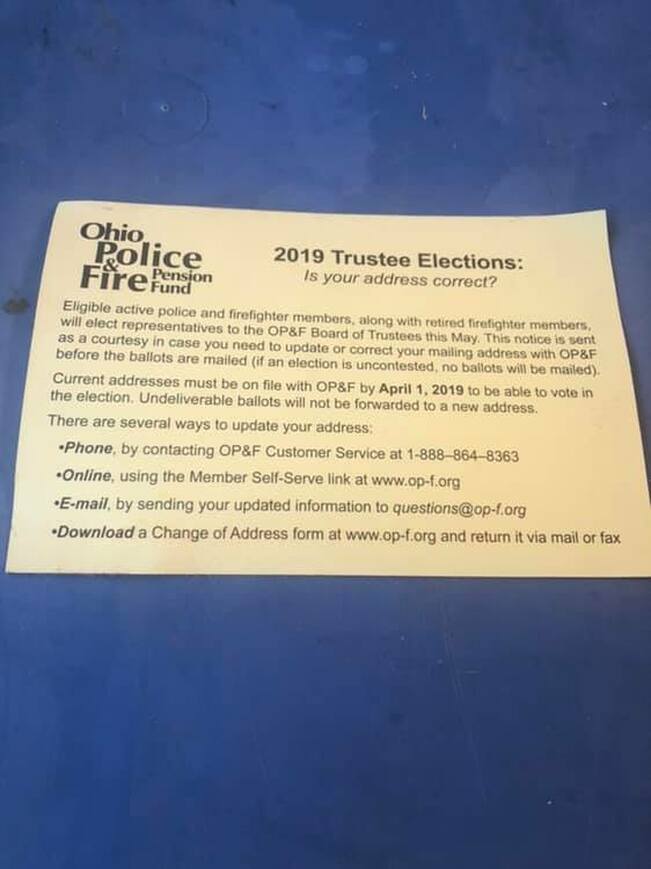 This is set up for the propose of informing the retired firefighters of cincinnati of the things that are happening regarding, reunion, deaths, information about benefits, and outings.